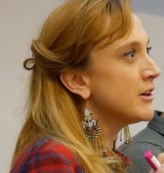 Terri O’Sullivan founded xJw Friends in 2007 as a small meetup group called “The Kent ‘Free To Be Me’ Ex-Jehovah’­s Witness Meetup Group”. Since then it has expanded its membership far beyond the 7 members who met in Strood Library, Rochester on 23 July 2007. Terri has recently been instrumental in forging links with other groups of people who have left high-control religious groups such as ex-Muslims, ex-Ultra-Orthodox Jews and London Black Atheists, and she has strengthened ties with Faith to Faithless, a section of Humanists UK and a non-profit organisation in the UK dedicated to confronting discrimination against non-religious people who have left minority religions.

Terri left the Jehovah’s Witnesses when she was 21 in 2000. She used to be a regular pioneer & was really involved in the religion quite heavily. She left due to the unreasonable limitations and wanted to live her life. She studied a degree in social psychology in the Netherlands and leads a very busy and happy life. Terri currently lives in Leicester where she co-organises the group with Ste. 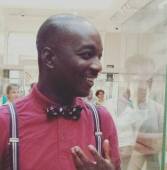 Ste Richardsson took over the running of xJw Friends in summer 2012 when Terri began studying at university. He further expanded the group membership to almost 1000 members and introduced a wider variety of events such as museum tours, film screening. He set up LGBT xJw Friends in 2014 as an offshoot of the “European LGBT ex-JW Support Group”.

Ste was born a 4th generation Jehovah’s Witnesses and served in both English-speaking and French congregations. From very early on, bored with the routine of meetings and ministry and viewed the religion as intellectually stifling. He went to his last meeting in 2007 at the age of 23 after coming out as gay. He studied a degree in Linguistics and Translation and spent a few years travelling and teaching in both France and Japan. Ste currently lives in Deptford, London with his partner Peter, and co-organises the group with Terri.